The Docwra Triple Lantern appears to have initially been a rich man's hobby, rather than a business as such, but the Docwra Triple was certainly made and advertised for sale by WC Hughes (a chemist) of Kingsland, London.

There are two pictures (on large fold-out pages) of the Docraw (sic) Triple in 'The Art of Projection and Complete Magic Lantern Manual' by An Expert (W C Hughes in reality), published in 1893. 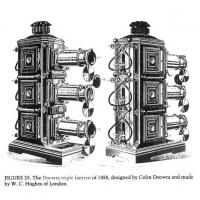 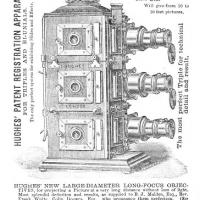