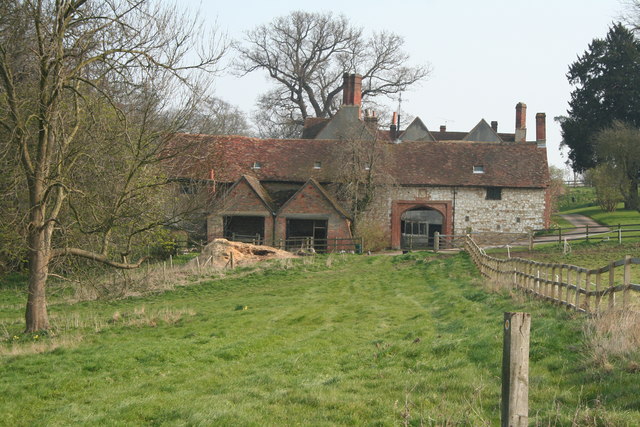 The manor of Pirton was purchased by Thomas Docwra of Putteridge in 1611. He rebuilt the house called High Down about the time of his marriage to Jane Periam, their initials and the date 1613 are carved into the stonework. Curiously, the house also has a plaque on another wall, dated 1504 with the name and arms of Sir Thomas Docwra, Lord Prior of OSJJ [see elsewhere on this site]. Presumably it was removed here from an earlier house, although no evidence has yet been found as to which house this might have been. High Down is a Grade 1 Listed Building.