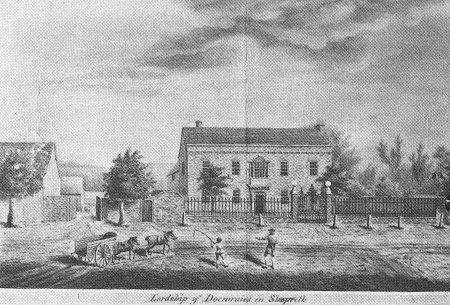 Despite bearing the family name the Manor's association with the family was very brief, only about 20 years. The Manor belonged to the de la Haye family, and is is believed that one of the Docwras married a daughter of the family, presumably thus gaining the Manor also. So far very little is known about this period in its history.

The Manor, which also features in 11th century records, takes its names from a family ... which settled some of its members near the lucrative wool trade of the Stourbridge Fair in Cambridge.

In 1548 a John Docwra married into the family that owned the Shepreth Manor, but this Docwra connection only lasted a few years and there is no firm evidence of whether the name dates from this time.